The Cork Association for the Deaf was founded in 1966 with the aim of purchasing premises for the social benefit of the Deaf Community in Cork. The dream was realised in the early 1970s when the Association opened its doors at 5 MacCurtain Street, Cork city.

The Association was greatly strengthened in the late 1970s when it amalgamated with the Cork Parents Council for Deaf Children. The Association has been to the fore in developing services for those who are Deaf or Hard of Hearing in Cork.  Effective lobbying and financial support from the CDA led to the opening of Our Lady’s School for the Hearing Impaired at Douglas, now amalgamated with St. Columba’s National School.

For many years, CDA supported a hostel for Deaf children attending the school, operated by the Sacred Heart Sisters at Bessboro. CDA were also the first organisation to introduce a dedicated social worker service for the Deaf. Charitable Status was granted to the Association in 1985 in recognition of the valuable work it is undertaking.

In recent years, a historic development in Irish society was the 2017 enacting of the Irish Sign Language Act into law by President Michael D Higgins…. read more about this defining moment of recognition…. 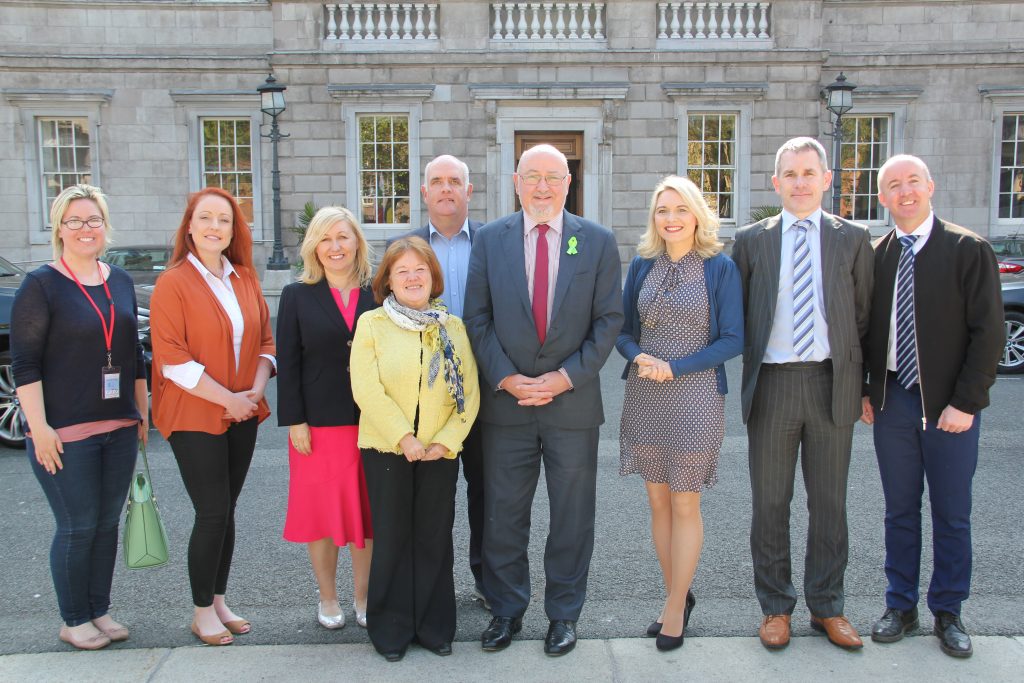 ISL campaigners with Chair of the Joint Committee on Justice & Equality, Deputy Caoimhghín Ó Caoláin at Leinster House on Thursday 11th May 2017 in relation to the ISL Recognition Bill.

Any cookies that may not be particularly necessary for the website to function and is used specifically to collect user personal data via analytics, ads, other embedded contents are termed as non-necessary cookies. It is mandatory to procure user consent prior to running these cookies on your website.

Other uncategorized cookies are those that are being analyzed and have not been classified into a category as yet.

Advertisement cookies are used to provide visitors with relevant ads and marketing campaigns. These cookies track visitors across websites and collect information to provide customized ads.

Analytical cookies are used to understand how visitors interact with the website. These cookies help provide information on metrics the number of visitors, bounce rate, traffic source, etc.

Performance cookies are used to understand and analyze the key performance indexes of the website which helps in delivering a better user experience for the visitors.

Save & Accept
Powered by